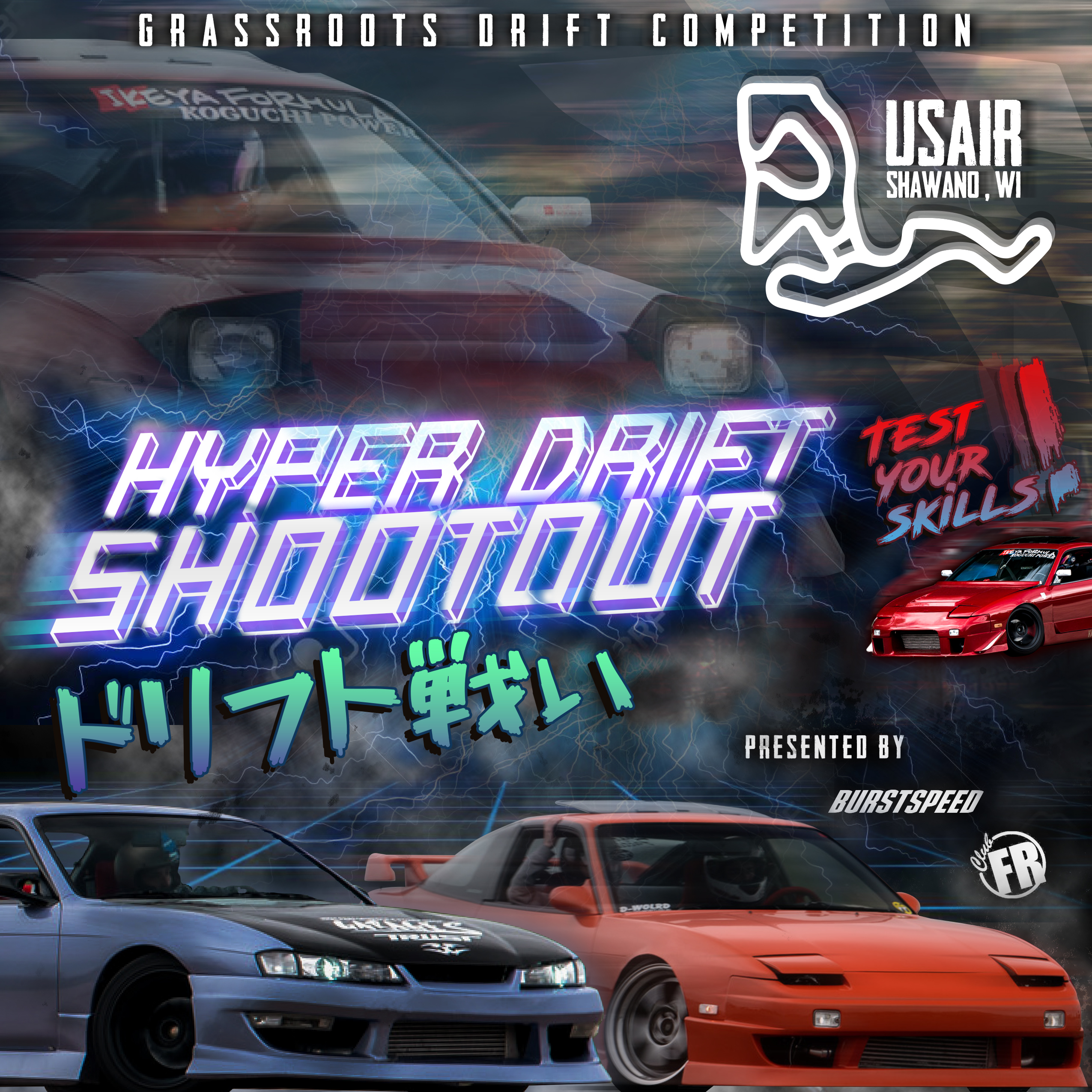 Any driver whom is signed up for regular registration at a Drift Day featuring a seeding event. Drivers may not sign up for the competition without being signed up for the event occurring that day.

There is a maximum amount of 8 drivers per seeding event. Any driver that has come in 1st place at a previous seeding event cannot sign up for another seeding event. Drivers interested in competing must inform ClubFR Staff prior to 10AM on the event day.

In the event that we have more than 8 drivers interested in competing, drivers who have competed in previous rounds will not be chosen to drive. If there are still more than 8, drivers will be picked at random.

The layout for each seeding event will be a current layout being used at the drift day occurring that day. The regular event day should be used for practice if you are competing.

The final championship event will feature a layout not used during normal drift days. Drivers will be given a short time period to practice.

Only 8 drivers will be selected via "qualifying" which takes place during the normal morning session. The 8 drivers selected will be seeded in a traditional top 8 bracket. Each driver will receive a number 1 through 8.

After the top 8 bracket has been decided, drivers will directly go into competition. There will be no practice runs. The layout will be the same as the layout of the regular drift day occurring that day (see “Layout” section for more details). Drivers with the lower number will lead first.

The battles will go as follows, each winner will move on to the top 4:

The 4 winners from top 8 will battle head to head. The lowest number will lead first.

The 8 winners of each seeding event will be invited to the final championship event (date TBD). There will be no qualifying for this event either. The order will be determined by the event won. For example, the winner of the first event will be seeded as Driver #1, the second event will be Driver #2, etc. These numbers will be used to fill the bracket as mentioned in the “Format” section above.

The final event will feature a new layout, drivers will be given a short amount of time to practice prior to the competition.